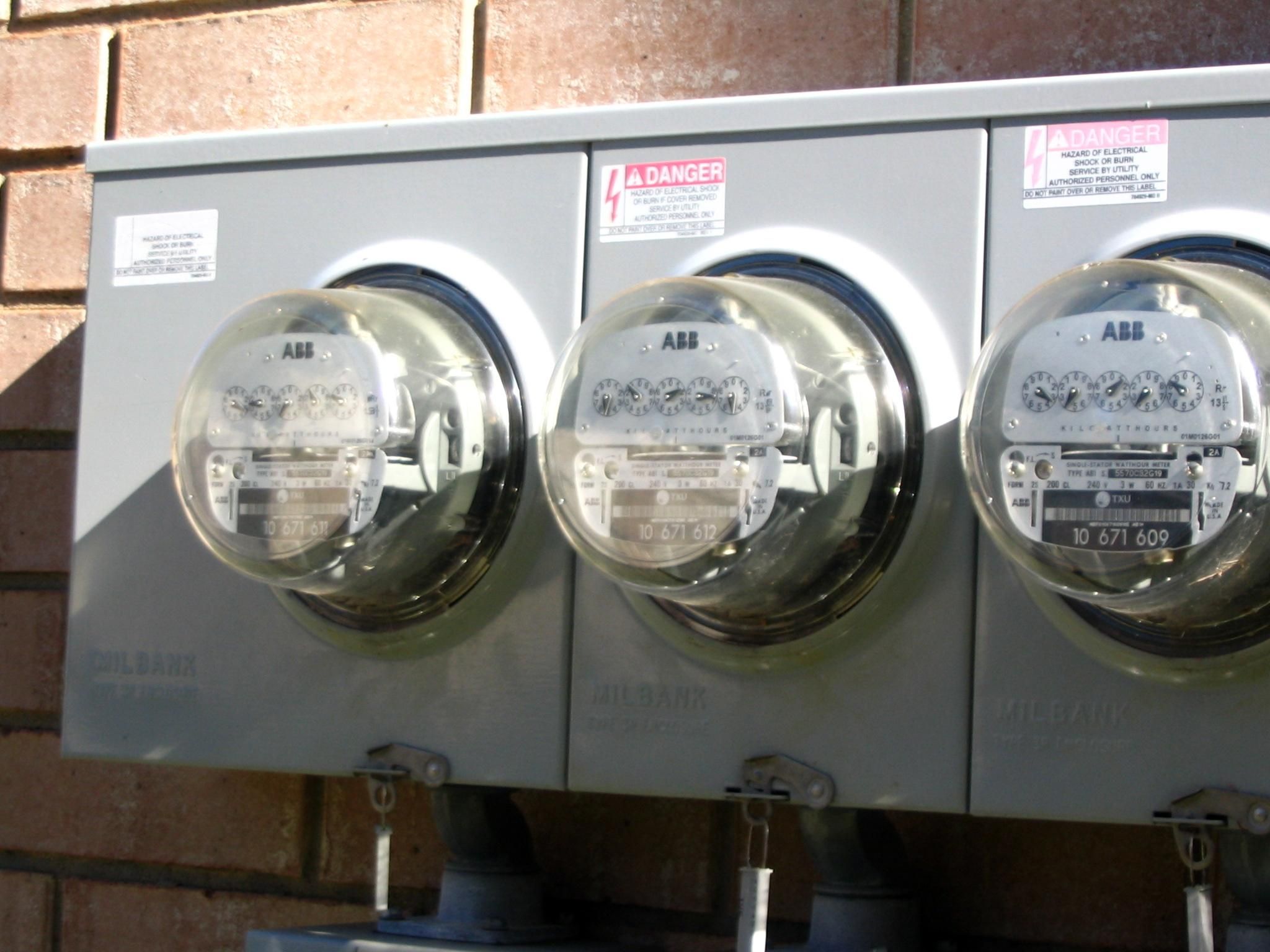 In recent years the way electricity is used has changed significantly. Developments in semi-conductor technology have created a major increase in thyristor and converter - fed loads. Electronic equipment, particularly that using solid state devices, can have detrimental effect on the electrical power system in a facility to the point where operation of electrical and electronic equipment is disrupted. Solid state devices generate Harmonics into the electrical system, i.e. they generate frequencies that are integer multiples of the fundamental line frequency of 60Hz. The harmonics lead to a higher capacitor current, because the higher frequencies are attracted to the capacitor. The impedance of the capacitor decreases as the frequency increases.

Harmonic distortion can result in any or all of the following:


The rising capacitor current can be accommodated by design improvements of the capacitor. However, resonating circuits may occur between the power factor correction capacitors and the inductance of the feeding transformer as well as the main feeders. If the frequency of such a resonating circuit is close enough to a harmonic frequency, the resulting circuit amplifies the oscillation and leads to immense over-currents and over-voltages.

The installation of de-tuned (reactor-connected) capacitors is designed to force the resonant frequency of the network below the frequency of the lowest harmonic present. This ensures that no resonant circuit and no amplification of the harmonic currents exists. Such an installation also has a partial filtering effect, reducing the level of voltage distortion on the supply, and is recommended for all cases where the share of harmonic-generating loads is more than 20% of the overall load to be compensated.

A filter circuit presents a very low impedance to the individual harmonic current, diverting the majority of the curent into the filter bank rather than the supply. The resonance frequency of a de-tuned capacitor is always below the frequency of the fifth harmonic.

Reactive Power Compensation can be properly planned with the aid of the diagram below. 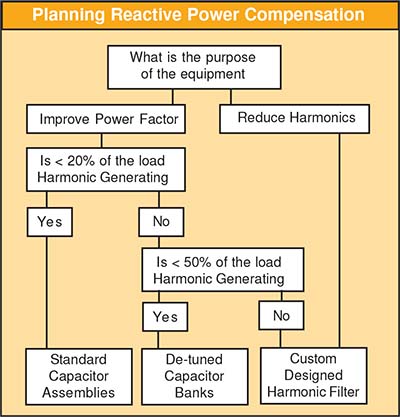